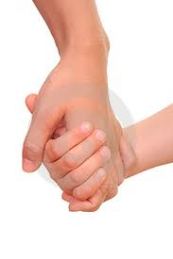 There’s a lot of information out there about parenting. Thousands of books, TV programs, and now with the internet, there are websites, forums, blogs with new posts, and new information flooding our lives everyday. It’s easy to get overwhelmed, it’s easy to get confused, and it’s easy to miss a pearl of wisdom that could completely transform the lives of our children, ourselves, and the communities that we are part of.

When I became a mother, I was sure I wanted to be an attachment parent. Breastfeeding, co-sleeping and carrying my daughter in a sling, seemed like the obvious way I could ensure that we would have a strong connection, not just through her childhood, but to teenage years and to adulthood beyond. I naturally fell into feeding my daughter to sleep, feeding her all the time. Breastfeeding seemed to be like a miracle cure for everything so some attachment parents would tell me, if they fall down and hurt themselves just breastfeed them, if they wake in the night just breastfeed them.

But the thing was, my daughter didn’t actually want to breastfeed when she fell over, much as I tried, or on the plane when we landing and the air pressure was bothering her. At these times. She just wanted to cry. Loudly and freely, she wanted me to hold her as she expressed her feelings. And the other thing was that I felt a strange tension between us, sometimes when I was breastfeeding her, if this was helping her get to sleep, then why was I just counting the minutes, and why was she wriggling her body around as if filled with tension? It didn’t seem very relaxing at all for either of us.

Then there was a fact that the books I’d read about attachment parenting, all emphasised attachment as a sense of physical proximity, using a criteria that it wasn’t always possible to match. Breastfeeding, babywearing, and co-sleeping just don’t work out for everyone, including me. There had to be a something else, a deeper understanding or our emotional connection to our children.

After about nine months, I did began to emerge from the fog of becoming a new mother, and to figure out how my own parenting instincts aligned with a book I’d read before my daughter was born that explained about the healing power of tears. Could it be true? Could it be that our role as parents wasn’t always just to stop our children from crying, to fix, or talk a lot to reason the out of our feelings? Could it be that if breastfeeding had become a habit that was stopping her from expressing herself?

I knew from my own experience just how good crying could be. There had been a long period of my life when I had felt really, really angry, and it was only when I started to access the softer feelings beneath the anger, that I was able to finally to be sad, to cry, and finally heal and move on. If this was the path to emotional well-being, that I didn’t want to stop my daughter from crying, I wanted to figure out how to listen.

When I saw the benefits of listening to my daughter’s feelings, as a baby, and then beyond into toddler tantrums, when I started getting listened to as a parent, I realised just how big this pearl of wisdom can be. When my daughter was stressed, and tense her sleep was bad, her behaviour challenging. When I began to address the times she had feelings to release instead of an actual need, things became a lot better. There were less tense and edgy moments between us, less power struggles. I realised that she wasn’t hungry just before bed, and when she woke up crying, even at a year old, it wasn’t because she was starving, it was because while sleeping, feelings had risen to the surface, that she wanted to tell me about, without words.

This single step simply means to listen and offer warmth and connection even in our child’s most challenging moments, isn’t about permitting all behaviour, it’s about allowing all feelings. And when children are fully listened to, a lot of their challenging behaviour melts away.

It’s also about being listened to ourselves, to make up the shortfall between the childhood that we had, and the one we want to give our children. Our parents did the very best they could, but we don’t live in a culture that fully supports the expression of feelings. Things are changing though.

I’m glad that this pearl of wisdom is being discovered, that more and more families, are recovering this lost art of listening to feelings. It’s part of our instinct as humans, to fully feel, and to fully move through our feelings, to come out the other side into a brighter world.

2 thoughts on “One Single Step To Transforming Parenting”